Why We Fight – A Tribute
to Natasha 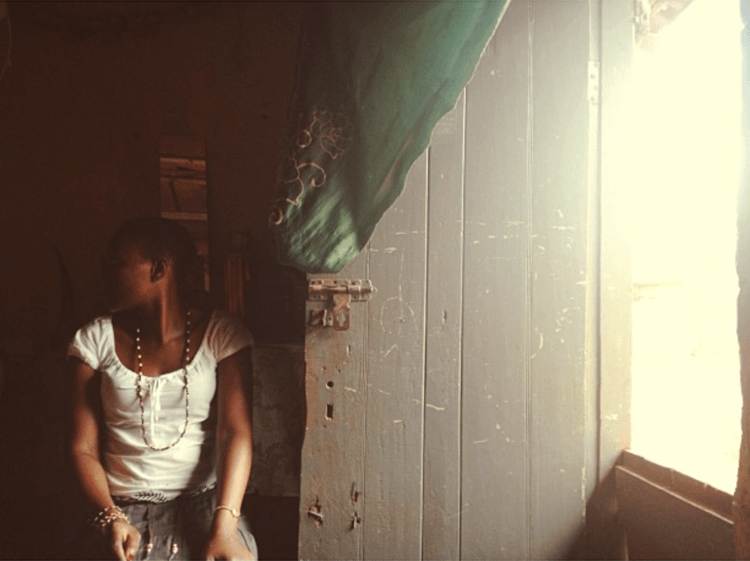 When I think about Natasha, I first reflect on a morning in March of 2013. It was pitch dark outside. The city of Kampala was sleeping. Although Natasha was in high spirits, I was not because it was 4:30 am, Natasha was very ill, and we were about to wait in line for the one radiation machine in the entire country. Amongst other life-threatening illnesses, Natasha was fighting stage 4 cervical cancer. She was fighting hard for her life, but her attitude and demeanor didn’t show it. She was peaceful and filled with unexplainable joy.

As I turned the key in the ignition, nothing happened. Battery trouble again at a terrible time. Natasha laughed off the mechanical issue and told me to open up the hood of the car. She got to work, then told me to try to turn over the engine again and the car roared back to life. My friend, the cancer patient, the one fighting for her life, had fixed the vehicle without hesitation and with that twinkle in her eye I loved so much. That twinkle will forever remind me just how strong, bold, and spirited Natasha was.

The doctors told us that the cancer in Natasha’s body would kill her. The radiation treatments were meant as an attempt to ease Natasha’s pain and bleeding. I’ll never forget the shock on the doctor’s face when she pulled me aside after getting the results back post-radiation. She told me that Natasha would be able to sustain chemotherapy. It was a miracle. With the radiation machine in Uganda being 10x less strong than the machines used in most countries, her response to the treatment was remarkable. Still, even with Natasha being a candidate for chemotherapy, we were warned that chemotherapy would only help her live longer and with less pain. The cancer was just too large.

Natasha did not accept that cancer would kill her. After chemo treatments she would be so sick, but would still wander out of the house hours after treatment with music playing, asking me to dance with her or having her own private dance party. Natasha, dancing with herself to the music in her headphones, is one of the sweetest things I’ve ever seen.

Faith was an important part of Natasha’s struggle with cancer. Though raised Muslim, she made a choice to continue praying to the Christian God because she believed He had kept her alive. She believed He would save her from dying of cancer. And He did. A couple months after treatment was over, I got the call that Natasha was in remission and her cancer was gone. I sank down under my desk and cried tears of gratitude. I had experienced a true miracle.

At just 34 years young, on Monday February 22, 2016, Natasha passed away. Though she had beat cancer three years ago, other health complications took her life. I guess God thought the world needed Natasha and her light for another 3 years. I’m left wondering if God may have spared her life a little longer for all of us who loved her so dearly. We could not have bared to see her go three years ago when she had fought cancer so hard.

Unfortunately, Natasha’s struggle with health was not the beginning of her story. Natasha was a survivor of human trafficking. She was taken from her home country of Uganda and sold as a sex slave in both China and Thailand. After being told she had received a well-paying job as a receptionist abroad, she was tricked and forced into sexual slavery. When Natasha was rescued, sex trafficking had left her with HIV, stage 4 cervical cancer, and hepatitis B. Every single disease she contracted was a direct result of the exploitation her body endured.

Natasha did not ask for such a life and she is not alone in having her life, health, and freedom stolen from her. Each year countless numbers of Ugandan women are trafficked abroad. They are told that they can get jobs that will help them lift themselves and their families out of poverty. Dozens board planes everyday without knowing that they are being trafficked for labor and/or sex until they reach their destination. The exploitation is unimaginable.

I sit here trying to process my grief, asking myself, “who is to blame for this?” In most cases, trying to place blame on an individual or circumstance for the loss of a human life is an unhealthy exercise, but in this case it seems fitting for me to discuss the culprit. The true criminal is the horrendous abuse and exploitation Natasha endured. Sex trafficking. If it hadn’t been for this travesty, Natasha would still be alive. She would have lived to see her daughter graduate high school. She would still be dancing, singing, and bringing joy into the world.

I can’t sit in silence in my own grief and I know Natasha wouldn’t if she were in my shoes. She proclaimed truth at all costs and would expect me to share her story and call upon others to fight this fight.

I know that there is no better way to honor Natasha’s life than to share her story and invite more of you to embrace this cause. Together, we can make a difference in the fight against human trafficking. We can bring hope to victims, restore dignity, and provide opportunities for survivors to heal from trauma and live full lives. I hope that you will join us in honoring Natasha life by sharing her story and joining the fight against human trafficking. Click here to make a donation in her honor.

Deprecated: Theme without comments.php is deprecated since version 3.0.0 with no alternative available. Please include a comments.php template in your theme. in /var/www/vhosts/willowinternational.org/httpdocs/wp-includes/functions.php on line 4977