Light Despite the Darkness 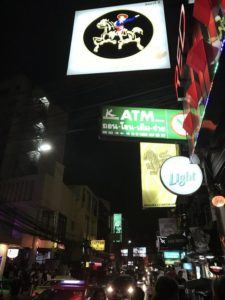 At 10am on November 15th I was asked by two different men if I was for sale. It was the morning after a late night of outreach in the red light district of Bangkok. I was walking the same streets to grab a coffee and process what I had just experienced. Resisting the urge to slap them in the face, I simply said no and kept walking. As I began to sip my coffee, I realized what had just happened and started to cry – not because I was offended, but because I had the freedom to say no. The night before I had talked to countless Ugandan women forced to work the streets. Enslaved young women with pimps demanding they sell their bodies to pay off an enormous debt. Women who didn’t have the freedom to say no, though every single fiber of their being yearned to.

It was my first time finally walking the same menacing streets I heard of through the many women our organization has served. Each one of them told me, “there are so many Ugandans there.” I heard those words and believed them. In fact, I committed to fight for them, but the depth of the darkness and exploitation these women endured hit me on a deeper level than ever before.

In Bangkok, the Red Light district is seen as the world’s largest adult playground. But for those it holds captive, the countless men and women it exploits, it’s a living hell. Traffickers tell them beautiful stories of jobs abroad – a life of luxury and the opportunity to finally pull their families out of poverty. But when they arrive, they are beaten and raped. Their passports are stolen and they live in constant fear of being arrested. Just last month, a woman was murdered by the man she was forced to sleep with. There is no protection or justice for these women because they are not seen as human beings, they are seen as objects to be purchased, used, and thrown away. 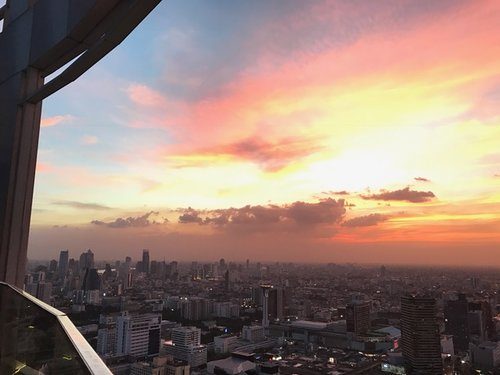 When the horrors of the night finally wind down each morning, these women retire to closet-sized rooms where they sleep with no windows, often two to a room. But sleep does not come easy when your mind is filled with fears of contracting HIV, threats from your pimp, your suffering children back home, and the reality that you may not live through another night. However, this isn’t a reason to give up – it’s a reason to fight.

Desmond Tutu said, “Hope is being able to see that there is light despite all the darkness.” Even in the dark corners of the red light district, there was hope. That night, women belly-laughed when I began speaking to them in their local language. They couldn’t believe there were people out who knew about their suffering and wanted to help. We shared long embraces, memories of home, and the hotline number, thus starting the process of rescue. We shared hope.

Our board member, Ann Mahoney, put it into perspective – “It’s only by pure luck that I’m not in their circumstance.” She is right. This could be you or me. This could be our children, our sisters, our nieces or nephews. No human being should be forced to endure this kind of torture.

Today I urge you to take a stand. Because you can make a difference. Monthly donations allow us to continue the important work of rescuing victims, providing the aftercare they need, and implementing programs on the ground to prevent trafficking before it happens. Partner with us – together we can end slavery.

Deprecated: Theme without comments.php is deprecated since version 3.0.0 with no alternative available. Please include a comments.php template in your theme. in /var/www/vhosts/willowinternational.org/httpdocs/wp-includes/functions.php on line 5061